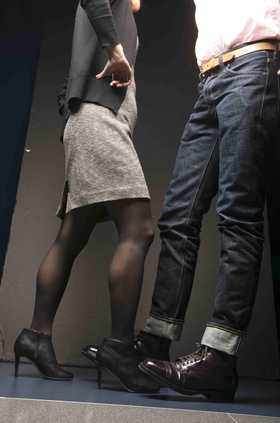 Deadlines are approaching for businesses to comply with workplace sexual harassment training rules put in place last fall by the city and state.

The city says it has sent mailers about the new rules in multiple languages to nearly 275,000 small businesses throughout the five boroughs, while the state has conducted outreach to businesses throughout New York. But whether businesses are ready for the new requirements, experts say, may still vary based on the resources available to them.

“Smaller businesses with 50 or fewer people, and where maybe they are without an HR department, they aren’t necessarily aware,” said Rob Toole, a partner at Kona HR, a human resources consulting firm. “The larger companies are on track, or they may have already had something in place that met those standards anyway.”

Both the city and state training laws were passed in fall 2018, about a year after allegations of sexual harassment and abuse by Hollywood executive Harvey Weinstein inspired the #MeToo movement. Both laws—described as the strictest in the U.S.—require that all employees receive training. Contractors and part-time workers are not exempt under either statute.

“What New York City employers need to understand is they are part of both the city and state and need to ensure they comply with both requirements,” said Andrew Rawson, chief learning officer for Traliant, a company that offers interactive sexual harassment training.

The laws follow mostly similar guidelines, he noted. They require employers to conduct the training annually. That training must include an interactive element, such as situational prompts.

Most significantly, New York City requires that employees are trained on how to intervene as bystanders to potential harassment—a requirement Rawson says does not exist in any other state or in federal guidelines.

Both the city and the state offer free online training. The city Human Rights Commission says its training also complies with the state requirements.

“A lot of employers are using digital interactive training, which is absolutely fine as long as the portal asks you questions,” said Richard Greenberg, a principal in the New York office of employment law firm Jackson Lewis. “Those can be offered by third parties, insurance companies, law firms. I’m interested to see a year from now in surveys what percentage used each different option.”

Traliant launched in 2016 and has grown to more than 60 employees and 2,000 customers in the past three years, Rawson said. That includes both mom-and-pops and major corporations.

“Many national and global companies that used to do this training internally have given up and said it is no longer our core competency to keep track of the city laws, state laws,” said Rawson, whose company’s list of clients includes Hilton International.

Neither the city nor the state have set penalties for companies that fail to comply with training, but those firms would likely face increased liability if an employee reports harassment.

A spokeswoman for the city’s Commission on Human Rights says the city’s goal “is not to penalize employers and businesses, rather, we want to encourage them to bring themselves up to compliance and we want to reach as many employers about this as possible.” She added that the city has worked with business improvement districts and chambers of commerce to spread the word about the new requirements.

New York is not the only state with new requirements for employers. Since 2017, California, Connecticut, Delaware, Illinois and Maine have instituted or expanded statewide requirements that employees receive anti–sexual harassment training.

Earlier this year, New York state passed additional legislation aimed at combating workplace sexual harassment. The laws reduce the standard for what can be considered harassment, expand the statute of limitations for claims and crack down on when non-disclosure agreements are permissible, among other changes.

As the deadlines approach for the training requirements, attorneys and workplace management experts are reminding employers that preventing sexual harassment in the workplace requires efforts beyond training.

“Sexual harassment is largely an issue of power imbalance, culture and lack of accountability, so companies need to create a culture in which employees treat each other with respect,” wrote Amy Foote, a partner at the advisory firm StoneTurn, in a Crain’s op-ed earlier his year. “Having sexual-harassment prevention policies and training in place is important, but this alone is not enough.”