A Texas cardiology practice is seeing success with analytics software that unifies clinical and claims data.

Cardiologists are turning to analytics technology to improve care management for their patients, and in doing so are building a better business platform that allows them to stay independent and steer clear of hospital acquisition.

The technology provides a unified view of patient data as gathered from hospitals, other providers, payers, and wearables, in a system purpose-built to facilitate value-based care.

CVCP providers have been able to report very good outcomes to their cardiovascular care and surgeries at a reasonable cost, says Hernandez-Vila, who’s now serving as CVCP’s president. Employers, who contracted with CVCP members, reward the network by referring their patients to these institutions. 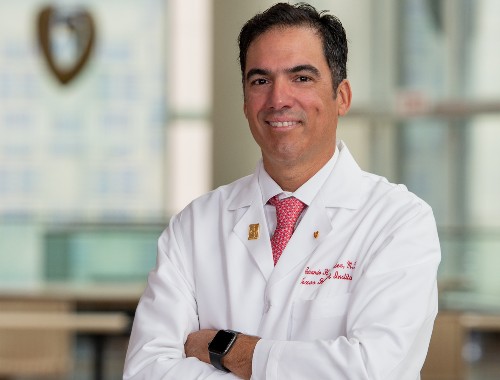 “It provided predictability for the [employer] institution,” Hernandez-Vila says. “This concept of offering predictability not only included the surgical fee and the hospital fee, it included also the physician cardiologist who’s taking care of the patients.”

“If you’re a really good surgeon, and you have good post-operative care, then risk is going to be mitigated by providing the best and safest care to patients, which I think has led to the success of CVCP,” he says.

An example of this success can be found in CVCP’s Shell Oil Company Center of Excellence for Adult Cardiovascular Care.

“One way that we’ve managed to provide value to that program is by trying to keep almost all of the services are performed in the outpatient setting, with prevention,” Hernandez-Vila says.

“This aligns the interests of the providers with the fixed payments, with a focus on budget,” Hernandez-Vila says. “That helps to mitigate the fee-for-service mentality. It teaches the delivery system to look ahead, and to focus on reducing variability in costs.”

For example, a patient may say they have a family history of vascular disease.

“We’ll do imaging and discover they have a carotid stenosis they would not have known they had had they not had easy access to participate in this program,” Hernandez-Vila says. “That patient was just put on lifestyle measures, as well as aggressive medical therapy to control their cholesterol and their blood pressure. That patient will likely never be seen in a hospital setting because they’re treated aggressively as an outpatient.”

More than 97% of the services provided in the Shell center of excellence are provided in the outpatient setting, he says, freeing up bandwidth in affiliated hospital facilities to take care of sicker patients.

This program boasts one third the inpatient services utilization compared to the industry in general, a low mortality rate, and very low readmission rates, Hernandez-Vila says.

“Almost nil in patients that are enrolled in these programs,” he points out. “That’s one of the easiest examples of how an integrated system like our works to provide value for the patient, and for the company that participates in this program.”

Although the technology is designed to offer complete data on each patient, some challenges persist.

“We’re getting regular feeds from our bundled payment claims processing engine, and we’re currently in the process of creating ways to modify how our risk pool is distributed to physicians, based on the output of these metrics,” Hernandez-Vila says.

If a patient comes in for an open-heart surgery, develops a post-operative infection or septicemia and ends up on a ventilator for a month, the bundle set aside for payment no longer exists because it assumes the patient leaves the hospital in a week, he says.

“The excess care for that patient is going to come from that risk pool,” Hernandez-Vila says. “So the entity has every interest in creating every measure that you can think of to limit infection risk and to provide good postoperative management so the patient is in the hospital for the shortest period of time that is safe for them to be there.”

Most hospital care is provided by hospital-based physicians or hospitalists, he says.

“One of the great advantages of CVCP is that it has allowed physicians to remain independent from employment models that frequently doctors can get burned out in,” he says. “You’re being rewarded on production, not necessarily only on quality.”

Conversely, that focus on cost control has allowed the Texas Heart Medical Group to grow significantly in the Houston area in the past year, Hernandez-Vila says.

“A lot of our [CVCP] practices are entering into Epic’s EHR system,” Hernandez-Vila says. “It’s going to make it easier for us to input clinical data into the … platforms to have a comprehensive view not only of claims-based data, but also specific patient-level data that will help them refine their risk and how well doctors are performing in the network.”

“A lot of value-based care programs can fizzle out if the physicians are not engaged in it, or if the risk and reward is not there,” Hernandez-Vila says. “Having an entity that’s been present since 1984 in the value-based care space, and is still strong and growing, is something I think that should be replicated outside of the Houston area and outside of the state of Texas.”

“A LOT OF VALUE-BASED CARE PROGRAMS CAN FIZZLE OUT IF THE PHYSICIANS ARE NOT ENGAGED IN IT, OR IF THE RISK AND REWARD IS NOT THERE. HAVING AN ENTITY THAT’S BEEN PRESENT SINCE 1984 IN THE VALUE-BASED CARE SPACE, AND IS STILL STRONG AND GROWING, IS SOMETHING I THINK THAT SHOULD BE REPLICATED OUTSIDE OF THE HOUSTON AREA AND OUTSIDE OF THE STATE OF TEXAS.”

Scott Mace is a contributing writer for HealthLeaders.